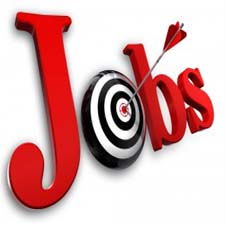 A notification from Bihar Police has been released on official website www.csbc.bih.nic.in for the recruitment of total 1669 (one thousand six hundred and sixty nine) jobs out of which 700 (seven hundred) vacancies for Constable Driver, 969 (nine hundred and sixty nine) for Firemen Driver vacancies. Job seekers should apply from 21st February 2018 and before 23rd March 2018. For know more details so like age limit, pay scale, eligibility, etc read below here.

Who interested and eligible candidates want to apply so candidates should pay the below charges through Debit or Credit Card / Net Banking.

Aspirants may apply online through the website www.csbc.bih.nic.in from 21.02.2018 to 23.03.2018. Open the official website www.csbc.bih.nic.in and Click on “Online Application for the post of Driver Constable and Fireman Driver” and Again click on Apply for Post of Driver Constable and Fireman Driver and Read all instructions & click on login Registered User and If new user Register their self by clicking New Registration and Fill all the details carefully and After filling the application check it once again if any mistake is there if not then submit it. and Pay the required fee and take the print out of filled application for future reference.