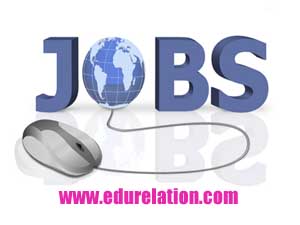 The Railway Protection Force (RPF) has been constituted under the RPF Act 1957 for better protection and security of railway property, passenger areas and passengers and matters connected therewith. An Armed Force of the Union, the RPF functions under the Ministry of Railways and administrative set-up of the Force is according to the administrative set-up of the Indian Railways. 12 battalions of "Railway Protection Special Force" (RPSF), located in different parts of the country, also functions under the Force and three more RPSF Battalions are being set up, including one Mahila Battalion, for further strengthening of the railway security.

Applications on the prescribed format available on www.indianrailways.gov.in. RPF Recruitment Advertisement open from June 2015. Currently, RPF Online Application not opening, It will be released in June month this year, according to RPF official says. According to DNA India News : "This is the biggest ever recruitment so far, and will give a huge boost to railway security, as more manpower can be deployed on the ground." PS Rawal, Additional Director-General, RPF told to DNA News. "This recruitment will go a long way in filling up the vacancies. The training of these recruits started in November last year. By June, they will be deployed in the respective zones, where they will have on-ground training for another month and a half. The RPF has the capacity to train about 4,000 personnel. That is why we have taken the services of training centres of various state police and central police organisations like CRPF, BSF to train the entire batch of 16000-odd recruits" CS Ray, Inspector-General (Administration) RPF said.